Hello everyone! 8Qs is the interview portion in My Book Musings, wherein I ask authors only 8 questions.

Today I have a special guest, S.C. Barrus, but you can call him Cody for short. He is the author of the upcoming steampunk novel, Discovering Aberration, which he is hoping to get published with the help of his Kickstarter campaign!

(What is Kickstarter? Basically, it's a crowd-sourcing platform where you can get supporters/"backers" to fund your project, in this case, Cody's book Discovering Abberration. The campaigner is obligated, in return, to finish the project.)

I've read the plot and some parts of his book, and as a budding steampunk fan, I admit it's very interesting and I can't wait for it to be finished. I do admire his obvious perseverance to get word of his book up and around, and for it to actually get printed.

I had a fun little chat with Cody and got to know more about him and the book.


1) Hi Cody, welcome to My Book Musings! How are things going for you? I heard that you just launched your Kickstarter Project for Discovering. How was the party? 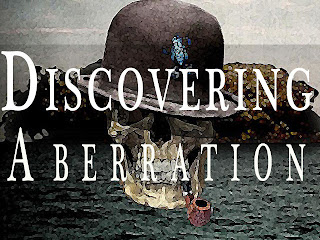 The launch party went amazingly well. We filled the Pioneer Cafe to capacity, had some drinks, live music was played, and I had 2 guest writers, Zachary Bonelli and Dean Smith-Richard, stop by to read. And in the end, my kickstarter doubled in funding bringing us up to 36% funding. And the support has kept on coming. Now we’re at 46%.


2) So, where did you get the inspiration to write a steampunk novel?

The inspiration for the novel was a culmination of things, but the inspiration for the steampunk setting was simply my love of Jules Verne. I enjoy the language he uses, these eloquent sentences that you don’t see much in modern writing. His novels also give you the feeling that he had actually traveled the world and was a part of his stories, even though he rarely left his home town.

I wanted to create something for people like me, lovers of old adventure novels. When I first began writing, it wasn’t steampunk, strictly speaking. But as I delved deeper into the story, I began to find myself adding sci-fi elements to the story, especially in the later chapters. So I decided to embrace the steampunk genre, which allowed me to deal with themes of progress and invention, as well as my already prominent themes of man vs nature and “class warfare”.

3) How was the writing and/or research process like for Discovering Aberration?

Research mainly involved reading old adventure novels and studying the language they used. I found while writing that when I used the old style of language, readers created the setting I had envisioned in their own minds without me needing to force it.

I also studied dictionaries of Victorian slang, especially that used by the lower class and underworld. So you’ll see lots of authentic language sprinkled throughout the book like bellows to mend (out of breath), barking iron (small gun), lay down the knife and fork (to die), and “How’s your poor feet?” (an insult to yell at someone as they run away).

Finally, I also spent some time studying the Victorian era underworld, especially the teenage gangs known as scuttlers. These were groups of teens (usually young men, but there was some young women too) who routinely went into the public spaces and beat rival gangs about the head with brass buckled belts. So there’s a bit of that in my novel too.

I actually write in public without headphones. Usually outdoors when I can help it so I can watch the flow of people around me as I write. It’s very relaxing for me for some reason. On the odd occasion that I do listen to music while writing, it generally can’t have lyrics, otherwise it messes with my rhythm if that makes sense.


5) Between the two characters, Freddy Fitzgerald and Thaddeus Lumpen, who do you relate to most, and why?

Definitely Freddy, because he’s basically me, only a slightly exaggerated version of me. My wife makes fun of me for having myself star in my novel.  All of his quirks are based on my own, the way he thinks is based on the way my mind works, and even his penchant for collecting hats is one the bastard stole from me. He collects mountains of books he doesn’t have time to read, he has this awful habit of being sarcastic or getting annoyed easily. You can pick a trait of his and just assume it’s a trait of mine, the only exception being that he smokes a pipe and I don’t.

Lumpen on the other hand was based on an extremely exaggerated version of my cousin Kale. The way these two characters interact is directly stolen from conversations me and my cousin have had.


6) As a young kid, did you have any dream of going on a treasure hunt, eluding mercenaries and gangs, just like in the story?

After watching Indiana Jones, absolutely! I grew up for a few years next door to my cousins, and down the way was this nasty swamp. We’d sneak into it and wade about the muddy, sludgy waters pretending to search for treasures, or playing Neverending Story (everyone wanted to be Atreyu).


7) How was your day like when you wrote the story?

Writing has become part of my routine. It’s like meditation for me. I write for an hour every day at 1:00, and for an hour or two every night from 9:30 or so until I can’t keep my eyes open. I write during good days and bad, and if I happen to miss a day of writing, I feel like my day was wasted. I’ve been writing this novel for about two and a half years, so in that time I’ve had all kinds of days.

But I’ll tell you this, the day my Kickstarter ends will be one of the best days of my life, funded or not. I love the opportunity Kickstarter has given me, but it’s so much work and uncertainty, I can’t wait for it to finally end so I can breath easy.


8) What can we expect from S.C. Barrus in the future?

There will be a sequel to Discovering Aberration, and I’m pretty sure that will be my next project. In the sequel we’ll delve even further into the Victorian unrest and criminal underworld as the revolution hit’s full swing. I also plan on reworking a novella I wrote a year ago into a few years ago called Rem and the Big Case into a full fledged novel. 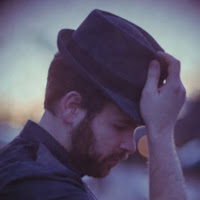 Here's a little more tidbit about the author...

Born in Canada, S.C. Barrus grew up near Seattle in the pacific north west where he lives to this day. He received his degree in creative writing from the University of Washington.

His upcoming novel, Discovering Aberration, is scheduled for release mid-late 2013 in print and ebook format, but is available to read now for free on Wattpad.


Get to know S.C. Barrus more:
Blog | Google+ | Facebook
You can also help contribute to his Kickstarter Project by clicking on the image below:

He has 19 days to go and about 54% more to go. In return for your support, you get some goodies in return (i.e. an email from Cody or something bigger, depends on how much you contribute!).

I think it's fantastic that he's reaching out to the public to really make his dream come true. I hope you had fun getting to know S. Cody as much as I did. Good luck, Cody!