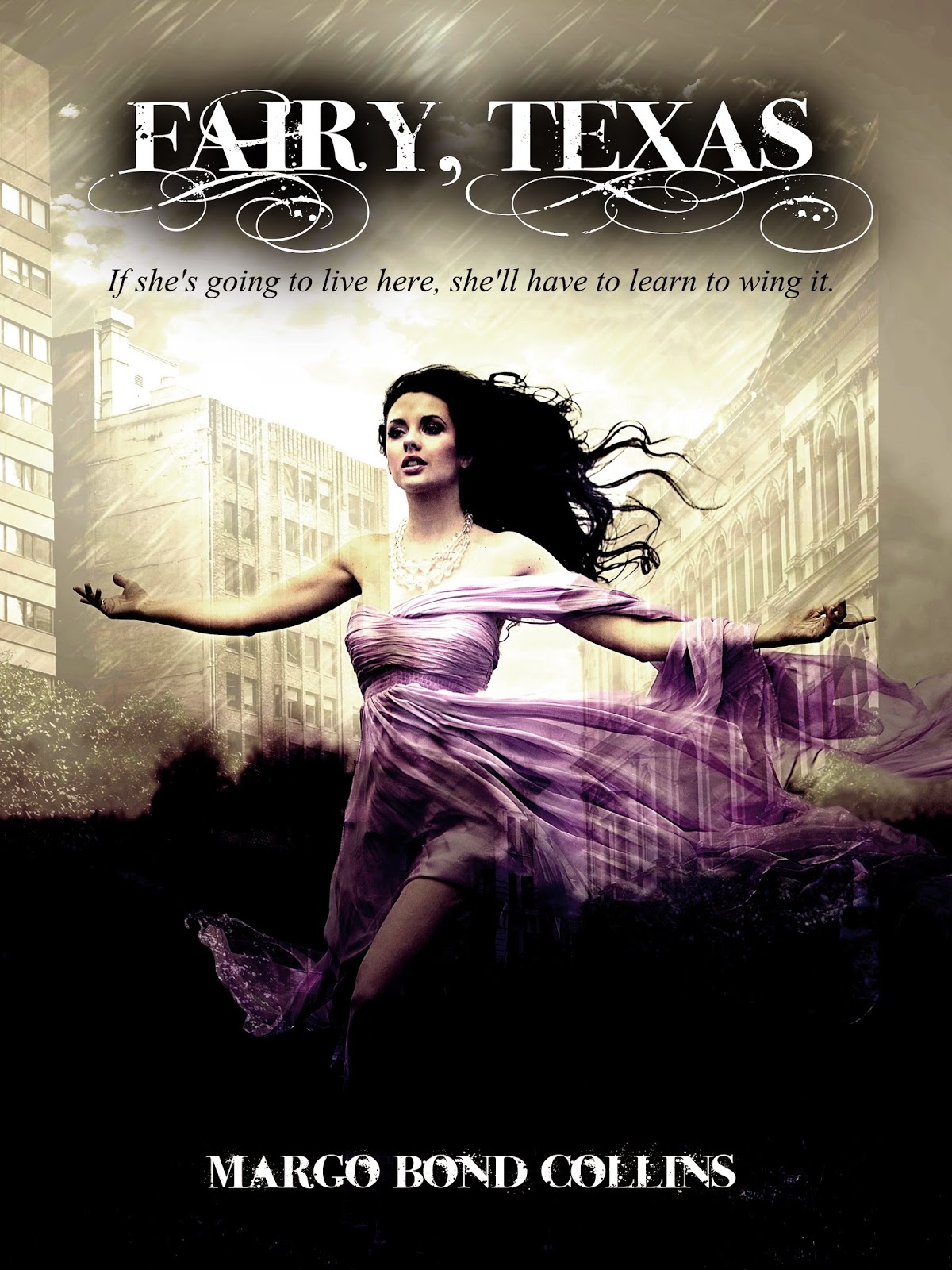 Girl, there had better be a sequel to Fairy, Texas. I'm not above begging for it.


Laney Harris thinks there might be monsters in Fairy, Texas.

When her mother remarried and moved them to a town where a date meant hanging out at the Sonic, Laney figured that "boring" would have a whole new meaning. A new stepsister who despised her and a high school where she was the only topic of gossip were bad enough. But when she met the school counselor (and his terminal bad breath), she grew suspicious. Especially since he had wings that only she could see. And then there were Josh and Mason, two gorgeous glimmering-eyed classmates whose interest in her might not be for the reasons she hoped. Not to mention that dead guy she nearly tripped over in gym class.

Boring takes on an entirely new dimension in Fairy, Texas.

If she's going to survive in this small town, she'll have to learn to wing it.

I was ambivalent about agreeing to be part of the tour and read Fairy, Texas but the word fairy in the title just got to me. I guess my five-year-old self hasn't gotten over fairies yet. Now that I've finished reading it, I can honestly say that I have no regrets. I actually felt like sprinting and jumping in the air because it was a good book, and we all know we don't always get to find one we'd actually enjoy - especially if the author was previously unknown to us. Right?

Fairy, Texas is an urban fantasy YA story with a dash of romance, a bit of adventure, fantasy, and amazing-sounding guys. The story was written well enough that it felt like I was right there with them, a hidden spectator enjoying the show. Since the author's voice was lighthearted to me, the book didn't feel dramatic even though it had serious overtones. Actually, I didn't see the book cover until after reading the review, and it seemed contrary to how light I felt about the book. This is one of the reasons why I've only rated it 4.5 stars - but more on that later.  I'm not sure if it has comparable stories to other books since I haven't read a lot of urban fantasy stories yet.

Laney was enjoyable even though I didn't see myself in her. However, she was realistic and likable, and I enjoyed reading her thoughts and stories, and cheered for her (and Josh!). It had the usual high school/cliquish drama usually found in YA books, which was familiar and comforting but also sad at the same time, because it seemed like she didn't have any real friend aside from the Mason and Josh. Right off the bat, I felt bad for Mason because he seemed to really like Kayla, Laney's mean-spirited step-sister, but had to pretend he liked Laney instead. Also, I couldn't find it in my heart to hate Kayla because I felt that she was just scared that she's going to lose her father John and she clearly hasn't gotten over Mason yet, too.

Now Josh, on the other hand, was likeable. As in I wish I could meet a Josh, but one with a soul and could fly. However I hope he isn't a demon (of course), or an angel because I don't wanna be all Meg Ryan and have a City of Angels kind of love story. But I like Josh because he's protective without overbearing, he's a budding alpha, and I cannot deny that he and Laney seem right for each other.

I was so caught up in the story but I didn't find it predictable. I was actually caught off-guard twice, and even as I continued reading, my mind was reeling from the turn of events. The height of the story was definitely surprising, and that's when I found myself wishing so hard that the 78% progress on the bottom of my book reader was a lie -- and that this is a series and not some standalone novel that would drive me crazy for not knowing how the story continued.

Going back, the author's voice was lighthearted that the darker overtones of the story didn't feel so heavy, which I like in my books; however at the same time it felt that they were not addressed as gravely as they should have. This is a bit of a spoiler, so skip this paragraph if you prefer. The issue of an almost gang-raped should have been felt more seriously by Laney, although I guess the punishment to the almost-rapists were serious enough. I was also a little uncomfortable with the idea that her reputation had to be trashed for her life to be saved. It reminded me a lot of Easy A, and we know that didn't work out so well. There were also some events in the story (such as why didn't the mind-wipe didn't work on Kayla, and how Mr. Bevington suddenly became very powerful) that was mentioned briefly then skipped, but I hope these will be addressed in the sequel.

I definitely recommend Fairy, Texas to lovers of urban fantasy (and fairies!) with YA characters, although to somewhat more adult readers because it did mention sex and had several murders. And when Fairy, Texas book 02 comes out, I'll be right there to read it.