Superb. Amazing. I read it in one sitting. I want to buy all his books in the series pronto.


The crash of a U.S. military research satellite in the remote wilds of Mongolia triggers an explosive search for the valuable cargo it holds: a code-black physics project connected to the study of dark energy, the energy connected to the birth of our universe. But the last blurry image from the falling satellite captures a chilling sight: a frightening look into the future, a view of a smoldering eastern seaboard of the United States in utter ruin.

At the Vatican, a mysterious package arrives for the head of Pontifical ancient studies, sent by a colleague who had vanished a decade earlier. It contains two strange artifacts: a skull scrawled with ancient Aramaic and a tome bound in human skin. DNA testing reveals both are from Genghis Khan—the long-dead Mongol king whose undiscovered tomb is rumored to hold the vast treasures and knowledge of a lost ancient empire.

Commander Gray Pierce, and Sigma—joined by a pair of Vatican historians—race to uncover a truth tied to the fall of the Roman Empire, to a mystery bound in the roots of Christianity's origins, and to a weapon hidden for centuries that holds the fate of humanity.

I'll get the two things I didn't like out of the way now. The only problem I've had with this book was the whole discussion on quantum physics and magnetism, etc, and I suck at science so at the start of the scientific explanations, I was almost lost. But in the course of the story, there was some simplification of the whole thing (in one word: attraction) that helped me figure out the scientific aspect of the story. And another thing that I noticed is that there are details that were stated at the start that was repeated again in the end, which I felt was unnecessary because I, as a reader, remembered the little details. But maybe some readers need the reminder of those salient points because it is a thick book, at 576 pages, so Rollins has, helpfully, reiterated them.

Honestly, I've been asking myself, how in the world did I miss out on this guy? Seriously, the novel was amazing. The Eye of God was the perfect blend of fictional and factual faith, scientific, and historical discourses, without the author's having to bash one or the other for the story to come to a close. There was a discussion on how some theorists believe that there are multiple, alternate universes out there. I, for one, have thought of that myself, without knowing that there are theories about it. And at the end of the novel, James Rollins gives us a glimpse of how things have gone in that "alternate" universe, and its relation or how it was affected by the 'main' reality that was presented to us in the story.

With the complexity of the sub-plots and a novel this long, you can expect that there are numerous characters. Each major character managed to stand out, each with his or her own personality, without overwhelming the importance of others, or without being relegated to the background. The Eye of God was more about the plot than it being about the characters, and the result was just something wonderful.

At first, reading the synopsis and the first few chapters, I was mildly confused. How did these three seemingly separate stories come into one story that makes sense? But every plot thread was neatly satisfied, and their intertwined stories made sense. I haven't read a book from a new author in months that inspired me to want to hunt down his books in our bookstores, but James Rollins, I am going to find you. Thank you, Danielle Bartlett, of Harper Collins, for sending me a copy!

In the end, Rollins included a few pages separating the facts and fiction in the story. I love that he has obviously put a lot of effort and research, and I loved finding what was real, theorized, or just made up for The Eye of God. It brought me back to the whole point why I loved reading - because I keep learning a lot of fun facts about the world. The Aral Sea! Mongolia! Biohacking! Or that 1 out of 200 people in the world is a descendant of Genghkis Khan - what a virile guy! - and that the number increases to 1 out of 10  in Mongolia. Mind blown? Yeah.

Since this is my first foray into the Sigma Force series, and I suspect, not my last, I cannot say how the whole story fits into the scheme of the series. I usually have a rule that I want to read the start of the series first, but The Eye of God proved to be a standalone novel and managed to satisfy me without my needing to read the other previous books. Which I will now get because I am so very curious and I suspect I have found a fantastic new author.

If you're a fan of historical fiction, heart-racing apocalyptic stories, get a copy of The Eye of God and say goodbye to an afternoon or a sleepless night with a book you will not want to put down. 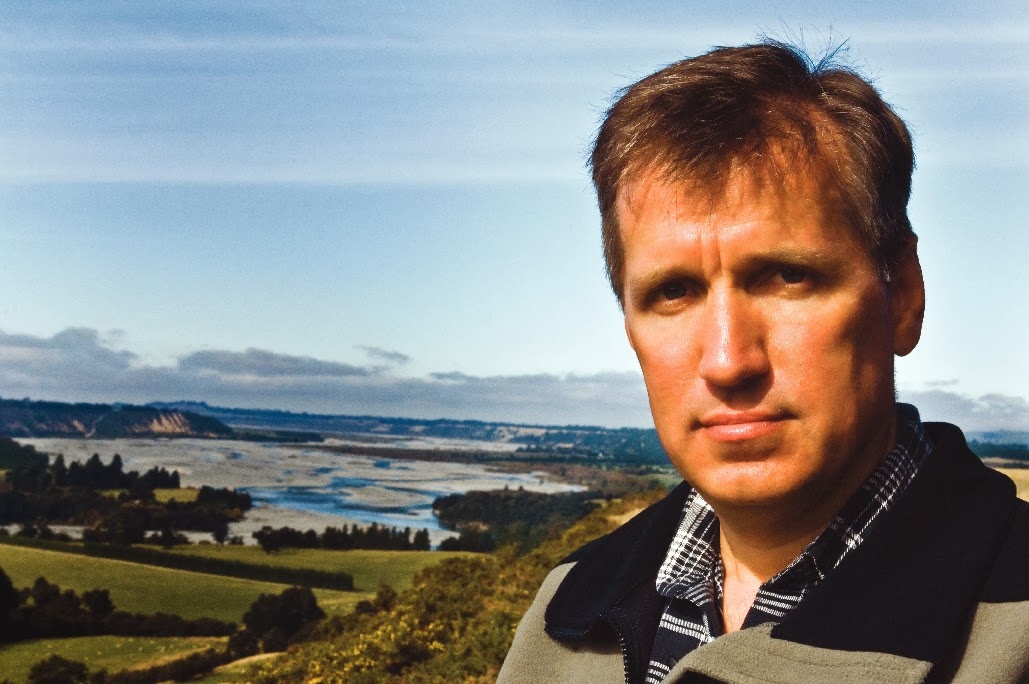 JAMES ROLLINS is the New York Times bestselling author of international thrillers, translated into more than forty languages. His Sigma series has been lauded as one of the “top crowd pleasers” (New York Times) and one of the “hottest summer reads” (People Magazine). In each novel, acclaimed for its originality, Rollins unveils unseen worlds, scientific breakthroughs, and historical secrets--and he does it all at breakneck speed and with stunning insight.