When GMTA Publishing first reached out to me, Tempus was the very first book that caught my eye in their website. So when they asked if I wanted to review the book, I was like, Yes!. The synopsis grabbed me because of the paranormal element in it, and I love my fantasy/magic/supernatural element in books, but Tempus surprised me in more ways than one, and I found myself really liking it until the very end. Holly Lauren/GMTA Publishing, please produce a sequel or a series for this book!


Chapel Ryan isn't crazy. At least, that's what she's been trying to convince herself of for most of her life. But after being hallucination-free for three years, Chapel finds herself facedown on her English classroom’s gritty linoleum floor. When she looks up, everyone around her is suspended in animation. Mouths hang open mid-yawn, feet hover mid-cross, Ms. Freeman’s arm flexes mid-sentence diagram. It's another hallucination. Or, is it?

Chapel prepares to tear herself back to reality when something happens. Something that has never happened before in any of her hallucinations--someone moves. And not just any someone—it’s the new guy with a scar over his lip and a reputation as black as his perfectly styled hair. And all of the sudden Chapel's white-knuckle grip on her life has slipped, and with it, her assurance that what she's experiencing isn't real.

The character of Chapel Ryan confused me at times: she was a cheerleader and beautiful and popular, but she set herself apart from the usual cliche by not dating the 'jock' and by being friends with one of the school's biggest math nerds. And while I cannot relate to her character, I liked her personality. I liked that she was off-beat, and not so into her popularity. I suppose thinking you're crazy can do that to you. One of the things about Tempus that surprised me is that 1) They're Catholics (although I didn't get a hint of them practicing the religion) and 2) She's a virgin at eighteen. I know YA has themes of coming-of-age events, exploring sexuality and love, but I like that this book didn't concentrate on the passion between the two lead characters. I loved that she was strong, and able to banter with the other characters, but not too strong that she didn't know when to stop being stubborn.

Isaiah 'Zay' Halstead is one of those smoldering reformed bad boys so popular in YA nowadays. While I was never into their kind, I definitely get their appeal, and Zay has it in spades. I suppose these reformed bad boys are budding alpha males for future romance stories. They know what they want, and they go for it. In this case, despite all the confusion that Zay was dealing with personally, he still pursued Chapel. I loved how he put her needs and wants first, and that he respected her. I love that he didn't push her for his 'needs' or desire, although the physical attraction between them was there. I also love that even though Zay was very strong and had a temper, he never hurt Chapel and he never hurt anyone unnecessarily.

The secondary characters were also amusing and interesting. I loved the banter between Chapel's bestfriends, Timmy Valentine and Erica Monroe. I also want to know more about Valerie Ryan/Taylor (Chapel's mom) because I think there's more to her than meets the eye, and more to her second marriage than what was first presented.

There were times when I felt the story was too slow. I was halfway through the book and Chapel's 'hallucinations' remained unexplained. The first half was too much about the romance between Chapel and Zay. But as I realized later, it was a good way to establish the feelings between Chapel and Zay. I hate insta-love after all. After the first half, the abilities of Chapel is finally discussed, and that's the moment I finally fell in love with Tempus. I love the numerous twists in the story; although I hate the proliferation of men in her life, because her life felt too complicated already without the addition of having so many guys trying to date her.

Aside from the feeling at the start that the story was taking too long to get to the paranormal part, which was what I was looking forward to the most, I didn't like the unanswered questions about Todd Taylor, and why he was so weird around Chapel. Rush, Zay's best bud, also mentioned that Todd is weird, and yet Chapel never asks him about it. Logan, Chapel's ex, was brought into focus, and then just started dating someone else after trying to get back with Chapel. Also, there was the question about how her biological father became that rich, and why her mother was never able to touch a cent of it even when they seemed to need it, and this was not explored further.

The story ends with several cliffhangers that I hope will be answered by a sequel! I think Tempus ends in such a way that not having the story finished would be such a waste. I wanted to read Tempus more because of the fantasy element than the romance, but in the end, I loved how both played out. My favorite line in the story is this:


"Ryan, something tells me that when it comes to a girl like you, even if I lose, I win."

And because GMTA Publishing is just pure awesome, I have 20 ebook copies of Tempus to give away, open internationally, for participants thirteen years and older. I will contact the winners 48 hours after the contest ends.

What do you think of Tempus?

There is also a soundtrack to get you in the mood while reading Tempus. The songs are pretty awesome. 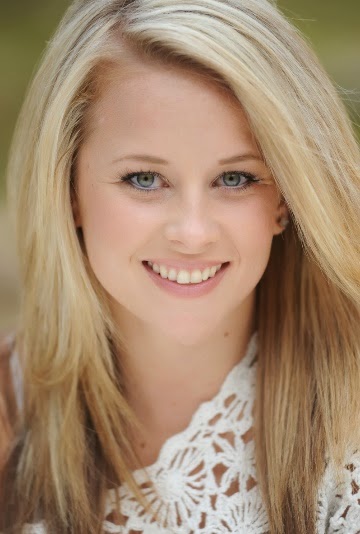 Holly was born and raised in a small town in North Georgia. The third of four children, Holly grew up telling stories to get herself out of—and her siblings into—trouble. When she was eight years old, she penned her first publication: a newspaper called Sunny Dayz News. While she didn’t sell any actual copies, her sympathetic grandmother did peruse through the edition at least once.

When Holly isn’t dreaming up new plotlines for her next book, she enjoys breakfasting at Picnic Café in Dahlonega, Georgia with her (handsome) husband and their two (adorable) daughters.

You have to be 13 years old and older to participate in this giveaway.

My Book Musings will contact the winners within 48 hours after the contest ends.

This giveaway is sponsored by GMTA Publishing.