Guest in my blog: My first Komikon 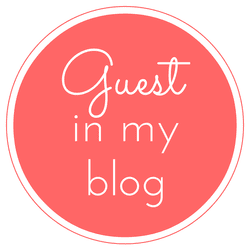 Today, I'm having my sister to guest post on my blog. The last time she was here was when she wrote a review for Slammed by Colleen Hoover. I have not been able to post as much because I'm really super busy at work, that I just want to sleep whenever I get home. My sister kindly volunteered to write about the comics she bought during Indieket Komikon 2014, and I was very glad to let her take over the reins for today.


It was my first time to attend Komikon last August 2 and I admit that I enjoyed it enough to want to come back next year. You see, I’m not really a fan of comics as much as books (i.e. I don’t buy them but I may read them from time to time when I see one lying around). Anyway, I went last month because my sister asked me to accompany her.

I ended up buying five comic books. I will only talk about four because the fifth one is a foreign comic book. They’re all short ones and I’ll be giving my thoughts about them in a little while.

It’s funny because when we arrived, there were only a few people aside from the comic creators (writers, artists, etc.) and event staff, and my first thought was, “Oh, wow, so many boys.” Hehe. Seriously though, there were only a handful of ladies and most of them were not guests but participants. Anyway, when we left, the place was packed with people of various personalities.

Anyway, it’s time I proceed to review (or more like “comment” perhaps) my purchases lest I babble senselessly indefinitely. 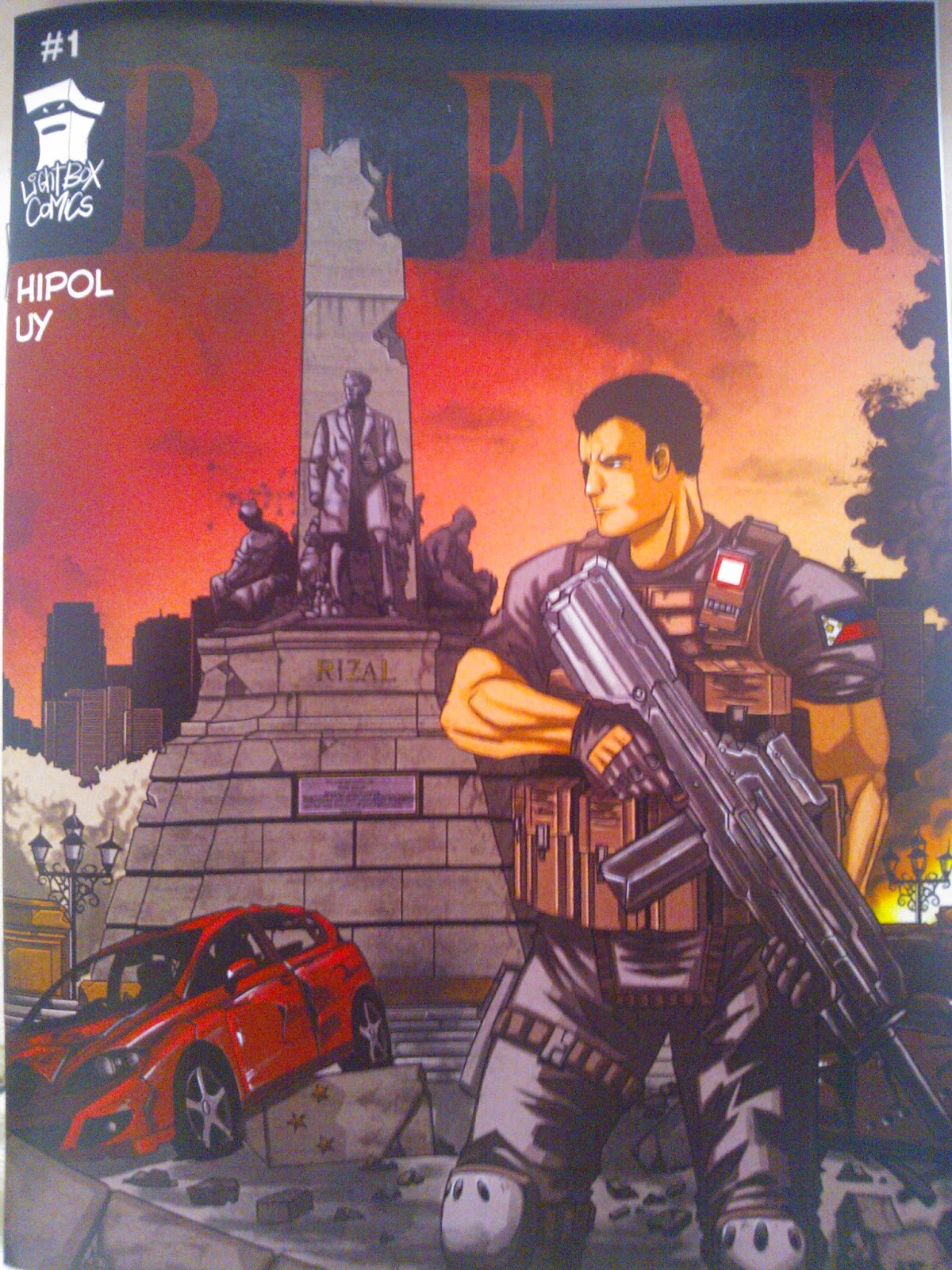 In the distant future, Earth is conquered by a malevolent alien race.Now a handful of Filipinos are trying to drive them from Philippine shores.

Bleak tells the story of when Manila was invaded by aliens. The first installment of the series introduces Sgt. Macario and shows a glimpse of how he came to be alone. He meets a retired SFP (Special Forces of the Philippines) and together they attempt to find other survivors.

Not much happened yet, and I think I remember the artist saying that Bleak #1 is kind of introductory. There are more pictures than text especially in the first half (there’s only 20 pages for the first volume). The artwork did a good job of telling the story without the text. Although the cover art is colored, the drawings are in black and white. The text is also in English. I can’t say yet if I like the series but pages 19-20 of book #1 made me want to read book #2.

Kayaw is an action-packed thriller, set in World War II as the Philippines is war-torn by the Imperial Japanese Army.

We follow the story of a young IJA intelligence officer named Kamiko in her mission in conquering the mountains of Kalinga. These mountains were never colonized by any invader, all because of the Kalinga warriors. If Greece has Spartans, we have our own Kalinga headhunters! Now the Imperial Japanese Army has the tenacity to engage our brave warriors. Accompanied by the undefeated IJA 78th infantry division and led by Capt. Yamamoto Kobayashi, Kamiko ventures off to the mountains of Kalinga.

How far will Kamiko go to fulfill her mission? See how this war epic unfolds in the pages of Kayaw.

The creators of Kayaw say that the “stories, characters, and incidents featured in this publication are entirely fictional” but I kind of wish they weren’t.

I mean, who doesn’t think having the equivalent of Greece’s Spartans in the Philippines is not – for lack of a better word – awesome? Think: 300.

Not that Kayaw featured well-defined abs. It’s actually a pretty serious komiks, and being set in the time when the country was under the Japanese regime makes the story close to my heart as a Filipino. The series talks about a young Japanese intelligence officer named Kamiko and how she works on accomplishing her mission of conquering the mountains of Kalinga and its dwellers. It will surely be a hard job for her since the mountains are protected by fierce Kalinga warriors who are well-versed in the art of kayaw, or headhunting.

The first Kalinga warrior they showed brought to mind the movie Apocalypto.

Part 1 of Kayaw made me definitely want to read the rest of the series. I want to know the secrets of Kamiko and learn more about the Filipino warriors. I also want to strangle the traitors who are most definitely not fictional in our country’s history.

The graphics are in black and white but you can see the emotions of the characters, especially the Kalinga warrior. I imagine it would have been more intense if the art is colored.

A warning for the faint-hearted: This contains gore and dismembered body parts. 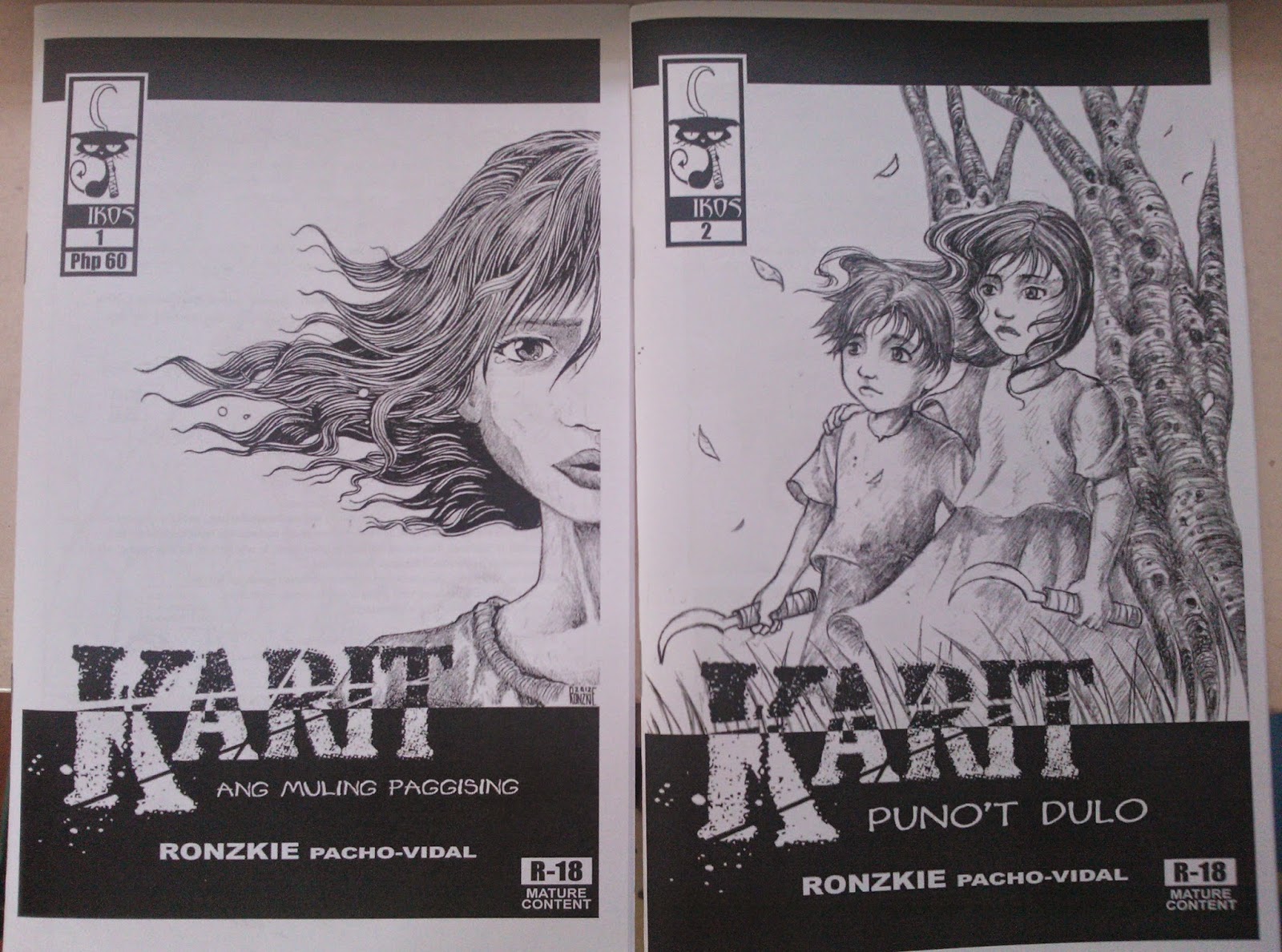 "Karit" comics about a poor girl that sells vegetables. Karit (sickle) is her main weapon for survival.

When I decided to purchase #1, I did so because the story of a sister’s love for her younger brother touched me (I browsed thru some of the pages).

Then I also bought #2 because if I did, I only needed to pay PhP100 so it was a good deal.  Anyway, so I was thinking that I would be in for a heartfelt story especially since the cover in book #1 had an Eponine in Les Miserables feel to it.

I couldn’t have been more wrong.

I won’t tell you the plot. There’s still the young Ate doing what she can so that she and her brother can stay alive on their own but the story is so much bigger.

After finishing both stories, I understood why the warning R-18 Mature Content was indicated in their covers. I mean, Kayaw made me slightly cringe with the graphics but Karit probably made me blanch. I had to take a moment before I continued reading it. Or maybe it was the element of surprise.

I think I’m glad that the graphics are in black and white here in Karit. Also, it’s in Filipino. Karit would make a good psychology thriller movie.


There you go. The only reason I only bought a few was because I didn’t bring enough money. From one non-reader of comics to another, I enjoin you to visit the next Komikon. I believe you’ll find one or two comics that will suit your fancy. The comics there ranged from anime-inspired, humorous to serious, suitable for older children and very mature audiences, etc.

If you’re not inclined to buy anything, you can also have your portrait drawn by the artists (fees vary but you can probably beg/ask the artist to draw you for free if you buy from them, like Goldie did from several artists), listen to the panel discussion, participate in games, take photos with the cosplayers, ask other visitors why they like to read comics or the comic creators on why they make them, or simply bask in the feeling of being surrounded by very, very talented people.

I think that your presence in such events provides the additional boost that the Pinoy komiks industry needs to continue in their efforts to bring enjoyment to our country.

Mako
Email ThisBlogThis!Share to TwitterShare to Facebook
By Goldie @ My Book Musings at 2:11 PM