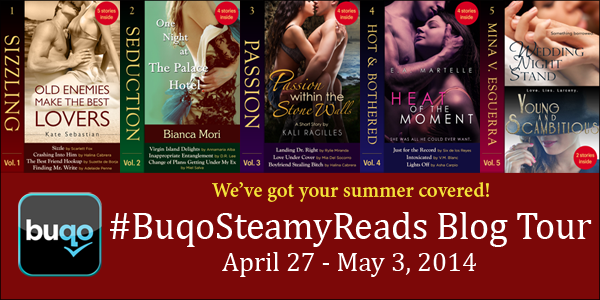 I'm sorry that I haven't been commenting or blogging as much as I did before. I now work in a different city, and the commute is a killer. I'm almost ready to drop as soon as I get home! That also leaves me barely anytime to read. Le sigh.

The hut was small but Jake was able to provide enough space for their most basic needs.  Nicole slept by herself in a wooden bed that they converted into a low dining table during the day.  Jake himself slept in a hammock that he hung every night across the middle of the room.

He made simple wooden chairs that they used to sit on when they wanted to sit outside during the day for some air and sunshine or when Nicole watched as he took care of the most difficult tasks of clearing and securing the land, especially around the hut where they lived.

He built a perimeter fence around the hut. He gathered kakawate trees from the forest, cut them into equal lengths, strung them together using strings and vines, and imbedded them into the ground.  He cut the grass regularly, cleared the ground of weeds, rocks and stones and prepared plots where they could cultivate a vegetable garden.  Nic volunteered to help him take care of it.

“I didn’t know that you are very good at farming, too,” she said.  “I can see that you’re taking what we’re doing here very seriously.”

“My father was a farmer and being the eldest son, I helped him with a lot of the chores,” he explained.

“This really reminds me of my childhood.  If I had not been able to go to the Academy, this is what I would be doing now.”

While watching him work, Nic marvelled at how hardworking and strong he was. And what a magnificent physique he had.  In order to minimize the dirty clothes that she would wash for him in the river, he often worked shirtless.  And Nic could not help but be enthralled by the rippling muscles on his back and his well-muscled shoulders, arms and abdomen as he worked the land around their hut.

Often, while watching him, she would find herself feeling out of breath and all knotted up inside.  She would then go inside the hut and look for something to do.  Anything, just to keep from looking at him.

OF course, it was something else again to take his image out of her mind and keep her feelings and thoughts to herself.  But then, she had had a lot of practice over the years.


It was obvious that the feelings she had long suppressed about him were quickly getting revived and she was falling in love with him all over again. This time, though, the little girl who had a crush on him had become transformed into a young woman, with a woman’s physical needs and wants.  More than ever before, she had to be careful not to reveal her true feelings for him because she knew that he had a girlfriend, Tess, who worked as a secretary in their department.

Jake and Nicole have been close family friends for many years.  He first met her as a shy thirteen-year-old tomboy, saw her through high school, watched over her as she went through the Philippine Military Academy, where he himself graduated, and continued to keep tabs on her through her early years in the Philippine Army.

A special undercover mission in the isolated foothills of the Cordilleras will place both of them in grave danger.  Will it also bring them to a new frontier in their relationship?

Want more? Get the Passion bundle at Buqo for only $3.99 or P180. That's already four steamy stories for your reading pleasure ;)
You have to download the Buqo app for your iOS or Android device.
Or join the awesome giveaway!