Review: I Wish for You

The start for I Wish for You almost dissuaded me from continuing the story because it was so descriptive, the story moved so slowly that I just wanted to give up. But I forged on ahead, and thankfully I did because it became a story whose ending I couldn't stop thinking about days after I finished it.


If all your wishes could suddenly come true, what would you do?
A year ago when the love of her life dumped her for no apparent reason, Ally thought she had hit rock bottom. But now that she has seen him with another woman, and one she knows only too well, her life seems to have reached a whole new level of low.

Yet, when she stumbles across an ancient object infused with magical powers and a stranger with a dark past appears out of nowhere promising to grant all her wishes, she finds herself hoping again.

Suddenly Ally’s life is turned upside down; she has a mystery to solve, a rival to beat, a millenarian curse to break, and well, she wants to have some fun playing with her new “gifts”…

But can she wish her way to happily ever after?

But then again, I was able to relate to it -- you know, being hung up over the ex, the "One who Got Away". That, and because she gets five wishes. Five! Why couldn't this happen in real life? Thanks to Aladdin, I've already planned my 3 wishes a long time ago.

Ally is one of those typical (by now) chick lit character -- almost 30 and going nowhere career-wise. It's almost a stereotype. Her ex gets engaged to one of her officemates, and Ally receives an ancient box who has a genie inside. And so the fun begins.

But along the way, she finds out the truth why her ex broke up with her, and unlike her friends, I totally agree with her ex's reasons. For me, those are very valid.

Arthur, the genie, seemed like a dark character although I was expecting a more darker past. But then again, the tone of the novel was so light, so when he retold his story, it didn't feel heavy for me at all.

In the end, there was a moment where I felt like I've been slapped by a story. I know it's just a story, but god, did I relate to it!

The ending to I Wish for you was something I didn't imagine, not because it's impossible but because it seemed so easy, and I wonder why it hasn't happened before. But I liked it anyway, and in the end, isn't enjoyment of a story reason enough? I did find some spelling errors here and there (three, at the last count) but nothing too glaring.

I recommend this to those looking for a light-hearted chick lit-lover looking to get over The One. I Wish for You is not a unique take of the trope, but it does give you a reality check! 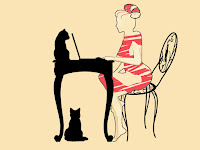 Camilla was born in 1984. She’s an engineer that has always had a vivid imagination and a more creative approach to life. After working in a corporate job for some years, she left everything to follow her husband around the world in a new adventure. Upon finding herself with loads of free time for the first time in a long while, she decided to begin pouring some of her fantasies into words…