Birthday Bash Tour stop and review: The Girl, the Gold Tooth, and Everything

*Copy provided by Diversion Books in exchange for an honest review

Welcome to my stop for the one-year book birthday of Francine LaSala's The Girl, the Gold Tooth, and Everything. This review contains some spoilers, so if you want to keep the suspense before you pick this up, just click on the X on top. :-)

Reading The Girl, the Gold Tooth, and Everything was confusing especially at the start because you feel like you're as lost as the main protagonist, Mina Clark. If you don't read the synopsis, like I did, prior to reading, then you might be going in blind. There's a prologue but it does not introduce Mina's state of mind in chapter one. In fact, it was only after a few pages that I was able to figure out that Mina lost her memory.


Mina Clark is losing her mind—or maybe it’s already gone. She isn’t quite sure. Feeling displaced in her over-priced McMansion-dotted suburban world, she is grappling not only with deep debt, a mostly absent husband, and her playground-terrorizer 3-year old Emma, but also with a significant amnesia she can’t shake—a “temporary” condition now going on several years, brought on by a traumatic event she cannot remember, and which everyone around her feels is best forgotten. A routine trip to the dentist changes everything for Mina, and suddenly she's not sure if what's happening is real, of if she's just now fully losing her mind... especially when she realizes the only person she thought she could trust is the one she fears the most.

This latest novel by Francine LaSala (Rita Hayworth’s Shoes) is a fast-paced, richly layered, and darkly humorous satire filled with quirky characters and unforgettable moments of humanity.
I felt like I was going into the story as blind as Mina was. I felt as uncertain and as confused as she was. Maybe this was done on purpose by the author, Francine LaSala, or maybe it wasn't. However, it did the trick, leaving me perpetually curious to find out what the heck was going on. It wasn't a good feeling, I hated it, in fact, but I cannot deny that I was able to relate to Mina's confusion.

I didn't like any of the characters, except for Char-tee, Harriet, and Mina. The others, like Jack and Alex, felt too bland. There were a lot of hints along the way but Mina never really did trust her instincts. For an investigative reporter, she seemed quite clueless about the people she kept trusting, before and after the incident. Comic relief came in the form of Harriet's kooky but envy-inducing family and the whole neighborhood dynamics. Emma's antics were also funny, especially since she was just being a kid. She had her crazy moments, but reading about her latest escapade was a welcome distraction.

However, when I got to the ending, the 'explanation' felt so far-fetched I was left feeling dissatisfied with how the whole quirky, confusing episode ended. I also had a lot more questions than when I first started. Like also, if Char-tee was just a figment of her imagination, then how did she get her creditors to back off? Who really did that after all? And why does she keep imagining her uncle as a dragon?

Aside from Mina, everything and everyone was highly exaggerated, which totally belied the cheery and light cover. The secondary sub-plot was like a dark satire on how the young and old look at each other and just don't understand each other's POV and on how people tend to treat, delicately or indelicately, around people who have some sort of mental imbalance. Frankly, Harriet was almost the only one who treated Mina with some kind of normal attitude. Although Harriet is quite out of this world, it's not too hard to imagine her as a real person.

The ending was heart-warming, and I felt satisfied that at least Mina had a semblance of normality after that whole crazy episode. The Girl, the Gold Tooth, and Everything could have used a few more pages to settle a lot more questions. Still, I don't regret reading the book. I actually want more of it, if only to satisfy my questions. I think fans of satire and those who can relate to being a mom and having a kid who just runs around creating havoc while everything is pretty darn confusing can find some refuge here, with a glass of wine, of course.

If you want to have a go on The Girl, the Gold Tooth, and Everything, the ebook is currently on sale for only 99 cents! You can also join the Goodreads giveaway for a paperback copy. You can purchase the book through several retailers: Diversion Books, Amazon, iTunes, Barnes & Noble, and Sony. You can also purchase the audiobook at Audible. 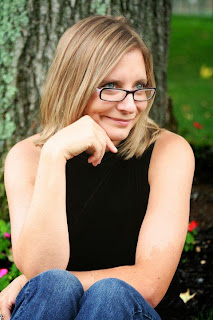 Francine LaSala has written nonfiction on every topic imaginable, from circus freaks to sex, and edited bestselling authors of all genres. She is now actively taking on clients for manuscript evaluations, editing services, and copywriting (covers, blurbs, taglines, queries, and more), website and blog creation, and developing kickass social media campaigns. The author of novels Rita Hayworth's Shoes and The Girl, the Gold Tooth & Everything, and the creator of The "Joy Jar" Project, she lives with her husband and two daughters in New York.