*E-book copy provided by author in exchange for an honest review. 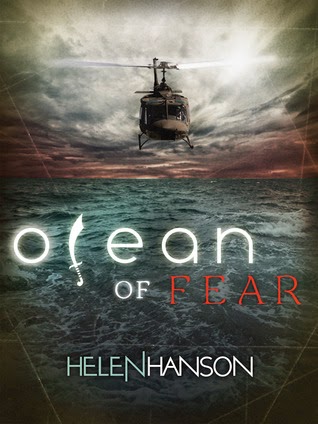 Then, while writing this review, I finally got it.

With his secretive lifestyle, he hasn’t cultivated any real friends. When a student asks for help with a class assignment, Baxter figures it’ll throttle his funk. But the guy blackmails Baxter into programming narcotics delivery vehicles for a notorious cartel. Working for drug lords rattles the needle on Baxter’s errant moral compass, but it’s better than a bullet in the head.

Beautiful FBI agent Claudia Seagal tracks the professor’s brutal assassin, but every angle of her investigation leads to Baxter. He’s hiding something and in far too deep to cooperate with the law.

Baxter ignores the cartel’s depravity until he watches an innocent woman die. When he wakes up on a plane, it’s too late for remorse. In bed with dangerous allies, the cartel requires Baxter’s talent until the robots are complete. Then, he and thousands of others face certain death unless Baxter can find a way to escape.
Baxter Cruise is this beautiful character with such a tragic background story, and his failings and reactions made it easy for me to relate to him. No, I'm not a gifted robotics student, nor am I a spammer-for-hire, and I'm definitely not a blonde Apollo. I mean, his character expressed doubt if he's been truly been loved by his girlfriend, and even by his family. He also kept wondering if he can still make up for the huge mistakes he did in. At the same time, he also wondered if he ever really loved his ex. Now, I don't know about you, but these are questions that have popped up in my mind about eight years ago (oops, there goes my age). Aside from this characterization of humanness and deviation from the usual perfect, can-do-no-wrong character espoused by most authors, I was also able to relate to his choosing to do the right thing in the end, no matter the risk it posed to his life.

The book's location transferred from the US to Venezuela, which really excited me. I was once a delegate to the Model United Nations Assembly (MUNA) in the Philippines in 2009, and my friend Kinah and I represented Venezuela. We had to study the country and its politics quite a bit, and seeing it in fiction was very interesting for me. Plus, I welcomed the deviation from the usual countries picked in crime/terrorism books. Helen Hanson's description of the place was not overly vivid, but detailed enough for my imagination to draw the place in my mind, which helped in my enjoyment of the story.

I love books about crime-fighting and technology, so despite my TBR pile teeming with more popular (and long-awaited) books, Ocean of Fear sustained my interest. While it's not a stellar, oh-boy-you-have-to-read-this book, I never felt that I was just pushing myself to finish it. However, in the few chapters near to the ending, I felt like it was not as thoroughly edited or developed. I noticed some a palpable spelling mistake (trough vs through, which is really not the same thing!), and some actions were not justified or explained. For example, Galda did not even ask how Baxter got to the boat where he was in, or how Baxter found them, or where Baxter got the money to pay for a cab to get to the pier. Galda only asked for Baxter's honesty, but I felt that that was an insufficient question.


One that felt a little cliched in the story is that the villains (and even other characters such as Syd, or Natalie), had no redeeming quality at all. The villains were depicted as bad through and through, and the only one whose character grew throughout the story was Baxter. I felt that it was too one-sided or too favorable towards Baxter so it felt a little unbalanced. Despite the presence of other supporting characters, no one else was as thoroughly described. The tragic story of FBI agent Claudia was too repetitive and was the only real story she had to her. Furthermore, she was attracted to Baxter mainly for his looks and because she felt a kinship with him due to their tragic lives.

Overall, Ocean of Fear has action, a good plot, and a good characterization of its hero. I did enjoy reading it, and while it doesn't have that ass-kicking action that is typical in crime books, it has enough charm to appeal to fans of the genre. If you want to give it a go, it is currently available in Amazon, Barnes & Noble, and iTunes. 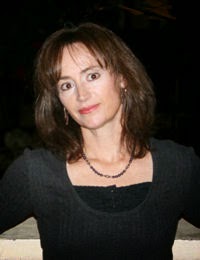 Helen Hanson writes thrillers about desperate people with a high-tech bent.  Hackers.  The CIA. Industry titans.  Guys on sailboats.  Mobsters. Their personal maelstroms pit them against unrelenting forces willing to kill.  Throughout the journey, they try to find some truth, a little humor, and their humanity — from either end of the trigger.

While Helen writes about the power hungry, she genuinely mistrusts anyone who wants to rule the world.

Helen directed operations for high-tech manufacturers of semiconductors, video games, software, and computers. Her reluctant education behind the Redwood Curtain culminated in a B.S. in Business Administration with concentrated studies in Computer Science.  She also learned to play a mean game of hacky sack.

She is a licensed private pilot with a ticket for single-engine aircraft.  Helen and her husband spent their first anniversary with their flight instructor studying for the FAA practical. If you were a passenger on a 737 trying to land at SJC, she sends her most sincere apologies.  Really.

Born in fly-over country, Helen has lived on both coasts, near both borders, and at several locations in between. She lettered in tennis, worked as a machinist, and saw the Clash at the San Francisco Civic Auditorium sometime in the eighties.  She currently lives amid the bricks of Texas with her husband, son, a dog that composes music with squeaky toys, and another dog that’s too lazy to bother.
Email ThisBlogThis!Share to TwitterShare to Facebook
By Goldie @ My Book Musings at 12:30 PM