I know I'm not the only book blogger who has second-thoughts about accepting new-to-me authors. I'm glad that Workman's Complication paid off for me!

A concrete-carrying, ballroom-dancing construction mule says he fell off the scaffolding, can never work—or dance—again, and sues the contractor for a whole lot of money.

Kate assembles the eccentric tenants of her brownstone and her histrionic acting troupe to help her crack the cases, and they stir up a whole lot of trouble.

But not as much as Kate, who sticks her nose in the middle of the multi-million-dollar life-insurance scam her father was investigating and gets a whole lot of arrested for murdering a medical examiner.

Will Kate bust the insurance scam, prove who really killed the examiner—and her father—and get out of jail in time to pull off the ballroom sting of the decade? She might, but it's going to be a whole lot of hilarious.

Workman's Complication is a mystery novel filled with funny characters and bizzaro off-off-off-off Broadway scenes. However, it's not the slapstick kind of comedic book; its humor is more of the type that is just simmering on the surface -- always present, but never in your face. It added a surreal feeling while reading what should have been a gravely serious book (it is a murdery mystery, after all!).

While the start of the book was okay, it took me a while before I was really into the story. The book has a lot of sub-story streams, which are all tied up in the end, but the story has so many characters that it can get confusing after a while, unless you pay a lot of attention. The characters are real and likeable, although I cannot relate to any of them. My favorite character of all is Fu, and I hope he plays a bigger role in the rest of the series.

The big twist in the story was so unpredictable, and I liked that it caught me by surprise. I had to go back a few pages and made sure that I was reading it right. It made sense, in a way, but it made me sad.

I really enjoyed the whole world created by the author. Although I feel out-of-place in the world, I enjoyed reading about them and all their craziness. I love the level of support that Kate had from her various social groups. In the real world, I'm not sure if the scenes here will work but I had fun imagining them in my head anyway.

Surprisingly, I really enjoyed Workman's Complication and I look forward to reading the sequel Swollen Identity. I recommend this to lovers of light mysteries with crazy scenes.

Have you read any good mystery books lately? :) 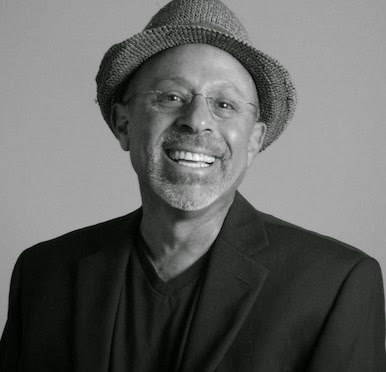 Rich Leder has been a working writer for more than two decades. His screen credits include 18 produced television films for CBS, Lifetime, and Hallmark and feature films for Paramount Pictures, Tri-Star Pictures, and Left Bank Films.

He founded Laugh Riot Press, a social media marketing and self-publishing company, as an imprint for his funny books and the funny books of other indie authors looking to join an intimate, genre-specific community focused on maximizing the exponential power of year-round digital marketplace exposure.

He has been the lead singer in a Detroit rock band, a restaurateur, a Little League coach, an indie film director, a literacy tutor, a magazine editor, a screenwriting coach, a PTA board member, a commercial real estate agent, and a visiting artist for the University of North Carolina Wilmington Film Studies Department, among other things, all of which, it turns out, was grist for the mill.

He resides on the North Carolina coast with his awesome wife, Lulu, and is sustained by the visits home of their three children.